What can we expect from Marvel’s Spider-man 2? 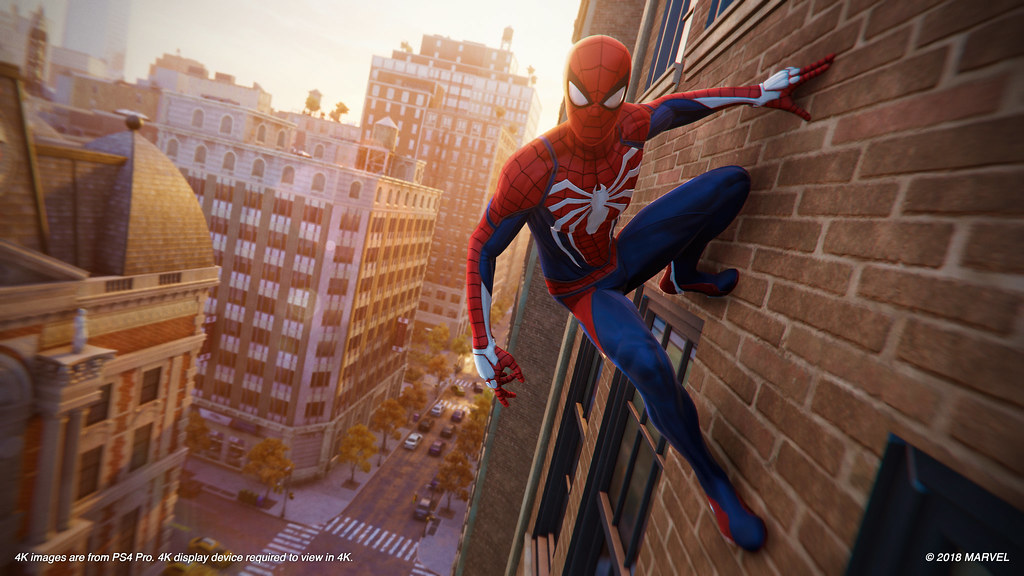 Marvel’s Spider-man released last week for the PS4 with a huge splash. It’s one of the most impressive superhero games of all time and a big feather in Sony’s exclusive game hat. A sequel at this point seems like a done deal. The game hints at it so much it wouldn’t surprise me if the next game in the series was greenlit before the first one released. So with all of the hints, easter eggs, and references in the game, what should we expect in the sequel?

The game’s first post-credit sequence showed our secondary protagonist, Miles Morales displaying his newfound Spider powers. It’s a safe assumption that Miles’ black suited Spider-man will be a major playable character in the sequel. It’s entirely possible that you’ll be able to switch between the two Spideys at any time ala GTA V. What will be interesting though is how they will keep each hero unique. While they have many of the same abilities and fighting styles, they have a few different powers. Miles has the ability to shoot a venom blast which will surely be a fun feature that will distinguish himself from Peter. He also has several villains of his own that will almost definitely come into play. It really wouldn’t be a good Miles Morales origin story if it didn’t feature his uncle, the Prowler. Speaking of new villains…

The most referenced sequel set up in the game was undoubtedly Norman Osborn’s eventual turn to the Green Goblin. There are several Oscorp videos that reference military gliders and performance-enhancing drugs. Norman’s office also features a prototype helmet with a heads-up display and a prototype pumpkin bomb. It doesn’t seem like much of a stretch to think that a newly down-on-his-luck former Mayor would turn to a life of Gobliny crime to continue funding his research to save his dearly near-departed son.

What will be interesting though is how they handle Harry. While he never makes a physical appearance in the game (conscious that is), Harry Osborn makes quite the impression. Unlike previous incarnations of the character, this Harry seems like a genuinely caring kid who seeks to become an environmental lawyer like his mother. His biggest impact on the game is in the various research stations he asks Peter to help him with while he’s away. These stations do things like help fix the air quality on the streets of New York. It seems like a lot more of a stretch to take such a humble and giving character and make him into the Goblin. Though there are a lot of examples of that pesky Goblin formula warping people’s minds.

The other possibility lies in the oddest part of the game’s second post-credit sequence. When an exhausted Norman visits his son’s incubation tank, a strangely familiar tendril reaches out to him. Fans will no doubt recognize its similarity to the character Venom. While it would be weird for Norman to have bonded his son with the traditional alien symbiote version of the character, the Ultimate version would make a lot more sense. In that story, the symbiote was part of a research project Peter and Eddie Brock’s parents were working on to cure cancer. It remains to be seen how exactly Insomniac plans to play this out as Harry isn’t one of the various characters to bond with the symbiote, but it seems safe to assume Venom will be in play in the sequel one way or another. Speaking of crazy lab experiments…

Though while it wasn’t as overt as other setups in the game, Insomniac did lay the groundwork for The Superior Spider-man arc. In this arc, Doc Ock takes over the body of Spider-man and decides to show Peter how much better he can be as the hero. While it was a wacky idea at the start, the storyline really won fans over and has become one of the most talked about Spidey stories in recent years. In the game, Octavius’ main motivation is that his degenerative disease is soon going to leave his brilliant mind trapped in a worthless body. His final pleas to Peter in the game are to help him complete his work so that he won’t be forced to go to prison and fully succumb to his disease. The last shot of Octavius in the game is of him getting in his cell and looking particularly nefarious. It seems like Peter isn’t done with Otto quite yet and what better revenge is there than stealing his own pupil’s healthy, super-powered body? Also, what would be a better test for young Miles Morales than having to beat up his Freaky Fridayed mentor?

The ending of the game sees an unemployed Peter weighing his future with MJ. While he jokes about changing career paths to cook for a living, it’s safe to assume he’ll stick with science. (I mean you can make a metal Spider-man suit in a few hours but you can’t cook a few dumplings without starting a fire? Dumplings aren’t hard, man. Stick to your day job.) The logical progression is that Peter will convert Otto’s old lab into his company from the comics, Parker Industries. This could add a lot of fun new challenges for Peter as he juggles being Spider-man and running his own company. There are a lot of ways this could also lead to some cool villains. Maybe a certain Curt Conners works at the lab with Peter. Maybe Michael Morbius is working with radioactive bats without the proper safety equipment. The Spider-man rogues' gallery is filled with lab accidents gone wrong so a new lab setting is the perfect jumping off point for more baddies to come. Speaking of baddies...

No matter what direction the next game takes, they will definitely feature more of Spider-man’s rogues' gallery. Characters like Mysterio and Chameleon were referenced in the game so it’s safe to assume they didn’t make Otto’s cut for his big Raft breakout plan. Other fan favorites like Sandman, Carnage, Jackal, Kraven, and The Lizard would make for excellent boss battles and side quests. “The Bar With No Name” featured in, “The Superior Foes of Spider-man” also makes an appearance in the game so maybe there will be a few comedic appearances from characters like Boomerang and the Beetle.

The Kingpin’s capture still left a power vacuum as well so perhaps The Maggia will try to fill that. One could see characters like Silvermane and Hammerhead fill the role Mister Negative did in the first one as the big gang leader of the first few acts. Somebody has to employ the bad guys Spidey has to punch.

There could also be a crossover with villains from different parts of Marvel lore. It wouldn’t be crazy to think of characters like Doctor Doom or Juggernaut (holy sh*t balls!) making an appearance to further expand the Marvel gaming universe. (I’m officially coining the term MGU, so if you see it anywhere else, they owe me a nickel.)

It’s no secret that Marvel hopes to expand its video game presence and it seems like this game was intended to be the first step in that process. Sony’s video game Iron Man to jumpstart another mega-successful Marvel franchise machine. Honestly, it’s surprising that it’s taken them so long. Assuming that there isn’t a new Avengers or X-men game in between Spidey sequels, it’s a safe bet that we will see more of New York’s super people in the next game. To be honest, it was a little strange to not see characters like Daredevil or Luke Cage hanging around their neighborhoods in New York. Though it was nice to see Avengers Tower, the Sanctum Sanctorum, Alias Investigations, Josie’s, and the Wakandan embassy. My biggest question is, how much would you have to pay Robert Downey Jr. to voice Iron Man in the video games?

So there you have it, my thoughts on the continuing Spidey video game saga. If there were any giant easter eggs or hints I missed, please lemme know on facebook or twitter.